Josefine Shot at the Beach (M/F)

Stories that have little truth to them should go here.
Post Reply Previous topicNext topic
2 posts • Page 1 of 1 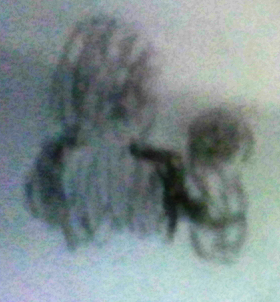 Josefine Shot at the Beach (M/F)

A sensual outdoor bondage story without any explicitly sexual action.

This story is entirely fictional, all characters are of legal age.

Sensing her wild spirit and naturalness, I opted for the beach for the photoshooting with Josefine. I arrived there and saw her dancing around in the sun cheerfully with her golden hair blown all over the place, wearing only a silk white top.

I immediately snapped pictures and short clips capturing Josefine in her most natural state. In a particularly good shot, she turned her face towards me, her hair venturously falling across her face.

As she jumped, I noticed she didn't even wear a slip, and caught glances of her bare bottom as her shirt fluttered in the wind. Josefine didn't seem to mind, had no sense of shame. A pure beauty, free of the struggle of the modern, civilized human!

Heated by the movement and the blazing sun, she asked me whether we should include a swim, and I readily agreed. Josefine jumped into the wavy sea with enthusiasm, and as she surfaced again, her hair clung to her head in wet strands. After a quick round, she stepped out a gain, and I was awestruck by the sight:

The white shirt had become translucent, leaving her young body in plain sight almost as if she was naked. Her sprouting, pointy bosom stuck out, and her pubic region showed only a few fine soft short hairs. I snapped in quick succession, indulging in her beauty. Then Josefine stood in front of me, her face still wet and framed by locks of hair. I had to restrain myself from immediately jumping at her. Instead, I showed her the gorgeous photos of her face, contemplating what to do next.

While I went to get materials from my bag, she laid down in the sun to dry. As I returned, I advised her to keep her eyes closed and took pictures from various angles, knowing full well that her features still delineated the shirt. After that, I instructed her to cup her head on her hand and the elbow into the sand, tilting her body slightly to the side. I photographed her from all sides, capturing her drying hair, the spinal curve down to her exposed bum. Again, I restrained myself from approaching and slapping the attractive cheeks. I didn't want to creep her out - yet...

I explained the next step to her: More of her energy und fury could become unleashed by purposeful restrains. She would act out as a Damsel in Distress that refuses to be subdued, corresponding to her own nature.

Josefine was intrigued, though she seemed a little unsure of what I meant, so I simply started binding her hands which she readily held out to me. Once they were secured with a rope I told her to fight the tie while she was still lying sideways.

First Josefine wiggled a bit, then she sat up and tried to bite through the rope with her teeth. After capturing some sexy action with her lips I stopped her to add a gag, though her efforts were probably in vain anyways.

While explaining to her that this might feel a little weird yet is crucial to make her seem like a real damsel; I opted for a ring gag as there was no need to be particularly silent, and the forcibly open mouth together with the excessive drooling enhanced the impression of helplessness.

After some more struggling the drooling set in, which she quickly counteracted with her relatively free hands, producing some cute shots of her bound hands on her pleading face. Josefine did not seem to particularly enjoy her predicament, but apparently took it in good faith. However, her drying clothes became opaque again and she was probably getting hot from being in the sun, so I advised her to go into the water and shade for a bit.

Through gesturing and mumbling through her gag she asked me to free her for that, but I shook my head, pointing out that this would be part of the shooting. I assured her that I would stay close to watch and protect her. She reluctantly accepted and worked herself up into standing position, yours truly following her with the camera until up to my knees into the water.

After another cute pleading and drooling glance she bent her knees to wash her face, visibly confused about how to tend to her hair with these restraints. Soon Josefine left the water again and stepped back into the sun. With her private parts fully visible again I did some full-body shots of the walking damsel - soon, she would be bereaved of any ability to move.

I removed the gag for a moment to give her a break and asked her to perform some gymnastic poses - lunge and the like. This was a challenging balancing act with her still bound hands. Josefine fell over a few times, creasing us up while I assisted her up again. The poses showed off her elegant body even more, even her soft nipples became visible in the side-shots. Despite the situation still seeming a little weird to her, her easygoing nature returned, so she was ready for more.

I asked her to sit down again and explained that she would now take on a final special pose. For that I angled her legs and wrapped them, binding her upper and lower thighs together while Josefine watched curiously. Finally I untied her hands, allowing her to shake off the stiffness before giving her arms the same treatment, placing her in a frogtie.

Josefine wiggled in her new restraints, laughing as she fell face-down into the sand. Again, I snapped some great pictures of her toying around The joy she exhibits this time, struggling playfully into different positions, breathes much more life into it, showing her faceted, diverse beauty.

As she calms down lying in the sand, grains sticking all over her wet body and her shirt slid down revealing a nipple I approach her to add yet another rope: I pull her wrists together behind her neck, forcing her arms behind her head and cinch them tightly together. I wrap another string around both of her big toes, connecting them elegantly yet stiffly, before binding the rope at her hands to the toes, keeping her body arched.
Meet Jessica in the Garage, Alica the baby-sitter, Phillip tieing up teen girls
Adult Stories: Naughty Tamara, Josefine the Model (all M/F)

Re: Josefine Shot at the Beach (M/F)

Having just met Tamara, I am now pleased to meet Josefine. Well done.

Return to “Fictional Stories For Adults”